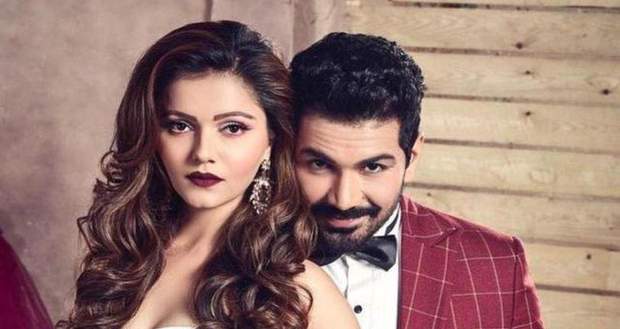 The audience of Colors TV’s most popular show Bigg Boss 14 will witness differences between the lovely couple Abhinav Shukla and Rubina Dilaik.

The host of Big Boss 14, Salman Khan will ask the contestants to nominate four people who are fake and are using their friend's image.

According to the recent sources, Salman Khan will target the couple Abhinav Shukla and Rubina Dilaik and will say that Abhinav Shukla is making his wife’s image to look bad in the Bigg Boss 14 house.

On the other hand, Rubina Dilaik will also agree to this and will feel her husband is using her image and is making a clear path for himself in the house of Big Boss 14.

Bigg Boss 14 audience will further witness an emotional moment between Abhinav Shukla and Rubina Dilaik as they will find differences rising between them.

Let’s see how this couple will face the situation in tonight’s Weekend Ka Vaar episode of Bigg Boss 14.

© Copyright tellybest.com, 2020, 2021. All Rights Reserved. Unauthorized use and/or duplication of any material from tellybest.com without written permission is strictly prohibited.
Cached Saved on: Sunday 9th of May 2021 09:13:44 PM