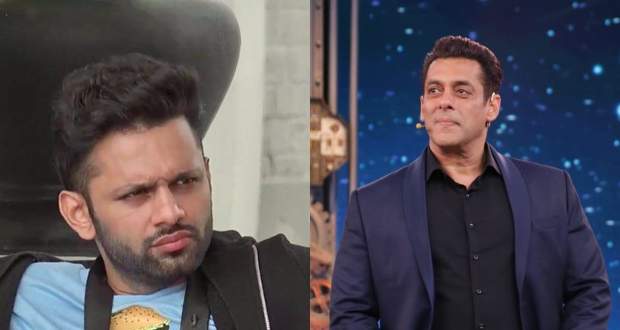 In the upcoming episodes of Big Boss 14 serial, Salman Khan will ask Rahul Vaidya to leave the house for his lack of enthusiasm.

Further, he will point out that Rahul Vaidya has not shown energy in the last task.

Rahul Vaidya had given up on the finale task really easily. He could have easily completed the task and that’s why Salman Khan will ask him to immediately leave the house.

Let’s see who gets to stay in the finale in upcoming Bigg Boss episodes.

© Copyright tellybest.com, 2020, 2021. All Rights Reserved. Unauthorized use and/or duplication of any material from tellybest.com without written permission is strictly prohibited.
Cached Saved on: Tuesday 2nd of March 2021 03:48:56 PM