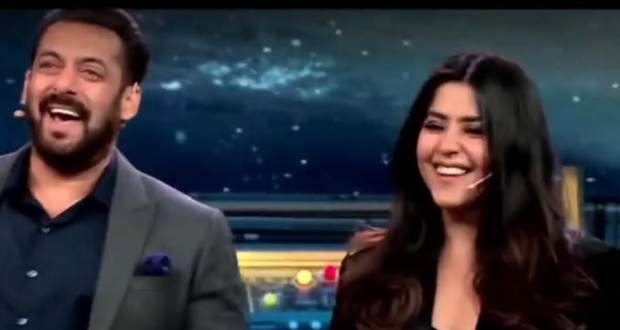 In the upcoming Bigg Boss 14 episodes, Ekta Kapoor will visit the Bigg Boss 14 and will have an interesting task for the housemates.

Up until now in Bigg Boss 14, Kavita Kaushik is the new captain of the BB14 house after winning the second captaincy task.

Now as per the recent spoilers of Bigg Boss 14, Ekta Kapoor will visit the Big Boss 14 as a guest and will make contestants do an interesting task.

In the task, she will make housemates imitate how they see each other and will act like them.

Further, she will also have an immunity stone which she will be able to give one contestant of her choice.

Let's see who gets the immunity stone in the future episodes of Bigg Boss 14.

© Copyright tellybest.com, 2020, 2021. All Rights Reserved. Unauthorized use and/or duplication of any material from tellybest.com without written permission is strictly prohibited.
Cached Saved on: Sunday 9th of May 2021 10:12:48 PM