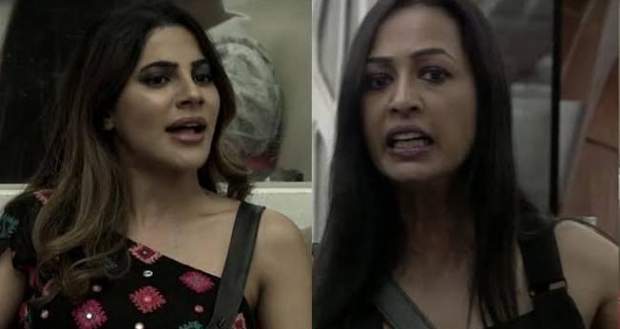 In tonight’s Colors TV’s show Bigg Boss 14, the audience will witness a catfight between Nikki Tamboli and Kashmera Shah.

According to the recent gossip of Big Boss 14, Kashmera Shah will be nominated by Nikki Tamboli in the nomination task and they both will get into a fight.

Kashmera Shah will pass aggressive comments on Nikki Tamboli by saying ‘Muh Tod Dungi Iska’, while Nikki Tamboli will try to avoid her in every best way on the Big Boss 14 show.

Let’s see what this catfight will turn into in the tonight’s episode of Bigg Boss 14.

© Copyright tellybest.com, 2020, 2021. All Rights Reserved. Unauthorized use and/or duplication of any material from tellybest.com without written permission is strictly prohibited.
Cached Saved on: Friday 30th of July 2021 01:39:10 PM