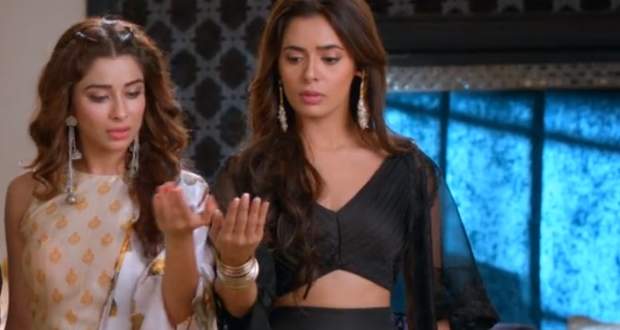 Rakshit will combine his powers with Drishti and Divya to beat Patali in the future episodes of Divya Drishti serial.

Up until now in Divya-Drishti serial, Pishachini gave birth to Patali who grew up into a teenage girl within a day. She created havoc in Shergill house and killed Chetan.

Further, Rakshit has regained his memories and is desperate to reunite with his family. Also, Divya and Drishti are trying to figure out the third power to beat Patali as told by Rahasya Tara.

Now based on the spoiler twists of Divya Drishti serial, viewers will witness an emotional reunion of Rakshit with his family, including Drishti.

Later, Divya and Drishti will deduce that Rakshit is the third power that can help them beat Patali. Soon the three will combine their powers to kill Patali as per the latest gossips of Divya Drashti serial.

© Copyright tellybest.com, 2018 & 2019. All Rights Reserved. Unauthorized use and/or duplication of this material without written permission from tellybest.com is strictly prohibited.
Cached Saved on: Thursday 16th of July 2020 07:39:37 PM