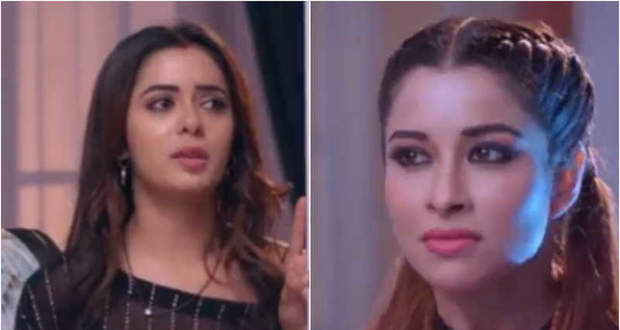 The upcoming episodes of Divya-Drishti serial will portray the shocking twist where Divya will stab her own husband Shikhar to death.

So far in Divya Drishti story, Shikhar has admitted in front of his family members that he is Pishachini’s accomplice who replaced real Shikhar in his childhood.

Pishachini, on the other hand, has trapped the entire Shergill family in her game of death where she has locked them in a building implanted with bombs.

Based on the new spoilers of Divya Dhrashti serial, Shikhar will attack his family members on Pishachini’s instructions.

Rakshit and Shikhar aka monkey man will get into an ugly physical fight where the latter will attempt to kill Rakshit.

Further, as per the gossip updates of Divya Dhrashti serial, in order to save Rakshit’s life, Divya will attack Shikhar with all her powers and will kill him.

Let’s wait and watch what happens next in the future story twist of Divya Drashti serial.