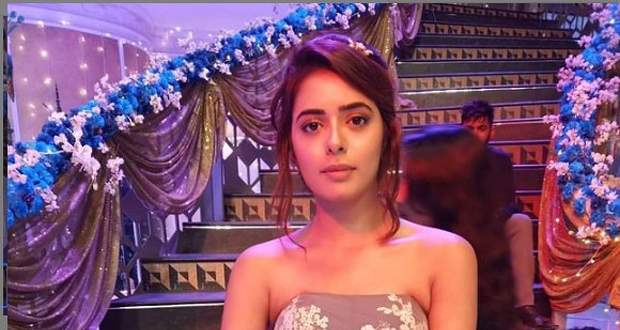 Divya Drishti latest spoiler: Drishti to get arrested in Divya-Drishti?

The upcoming episodes of Divya Drishti serial are most likely to witness an intriguing courtroom drama with Drishti being the prime character.

So far in Divya Drishti story, Drishti and Divya managed to save Simran from the fatal death after consuming the powerful Kaal Vijay gem.

Also, Lavanya came in her lizard avatar in front of the Shergill family members. She attacked Mahima with her venom.

Based on the spoilers of Divya Drishti serial, Lavanya and Drishti will have a deadly face-off in the upcoming story episodes.

Fortunately, Drishti will get successful in killing Lavanya by hitting her with a dagger despite her blindness.

Recently, a picture of Drishti aka Sana Sayyad surfaced on the Internet where she is seen standing in a court.

This picture has given birth to many possibilities and presumptions of DD future story.

We at tellybest.com assume that Drishti will be pulled to court for murdering Lavanya.

Though, this seems a little bizarre as Lavanya was a supernatural creature.

Also, there are chances of Rakshit and Drishti’s divorce proceedings being carried on in the court.

This drama might result in the much-awaited love confession of Drikshit.

Well, the possibilities and story gossips are countless and this makes Divya Drushti future story twist even more interesting for the avid fans.