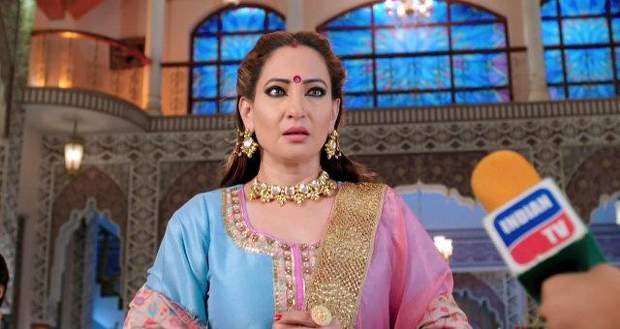 In the upcoming episodes of Durga Mata Ki Chhaya serial, Damini will be after taking Dev’s life and will end up shooting Durga.

So far in Durga Mata Ki Chhaya story, Dev was stunned to see Durga in red clothes while Durga’s family refused to get her married to Dev.

Meanwhile, Kishore learned about Damini’s intentions and tried to help Dev. However, he was killed by Damini.

Now as per the latest serial gossips of Durga Mata Ki Chhaya serial, Damini will be after Dev’s life and will reach the temple to kill him.

Further, she will fire and bullet which will hit Durga instead of Dev according to the recent spoilers of the Durga Mata Ki Chhaya.

Let’s see if Durga is able to save Dev from Damini in the future story of Durga Mata Ki Chaya episodes.

© Copyright tellybest.com, 2020, 2021. All Rights Reserved. Unauthorized use and/or duplication of any material from tellybest.com without written permission is strictly prohibited.
Cached Saved on: Saturday 23rd of January 2021 10:18:45 AMCached Disp on: Tuesday 26th of January 2021 05:53:34 AM