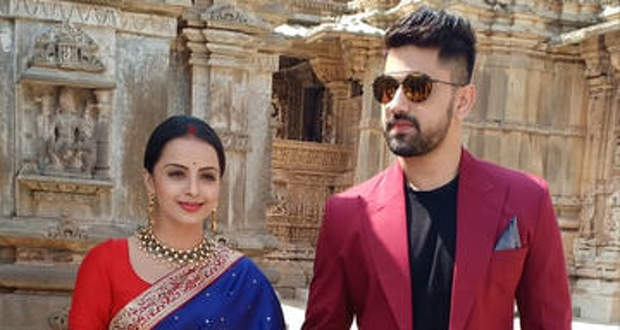 In the forthcoming episodes of Sarvagun Sampanna serial, Pooja will get influenced by Kabir’s pure heart and true intentions even being her enemy.

Up until now in EBSS story, Kabir blackmailed Pooja and made her become his wife by performing all the wedding rituals religiously.

Based on the spoiler twists of Ek Bhram serial, Pooja will decide to kill Kabir by shooting him dead with a bullet. She will head towards him with a gun.

However, when Pooja will come to Kabir she will overhear his conversation with Suman. Kabir will state that he could have forgiven Pooja if she wouldn’t have harmed his family.

Also, with Kabir donating blood to Pooja’s mother has created a soft corner in Pooja’s heart for him.

Let’s see what happens next in the upcoming episodes of Ek Bharam serial.

© Copyright tellybest.com, 2022, 2023. All Rights Reserved. Unauthorized use and/or duplication of any material from tellybest.com without written permission is strictly prohibited.
Cached Saved on: Wednesday 25th of January 2023 12:33:05 PMCached Disp on: Thursday 2nd of February 2023 08:02:04 PM