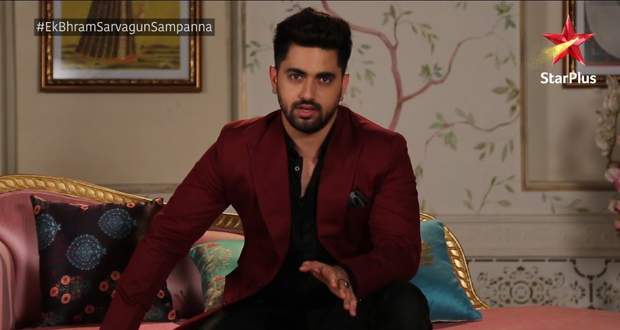 The forthcoming episodes of Ek Bhram serial will witness the fierce start of Kabir and Jhanvi’s thrilling rivalry game.

So far in EBSS story, Prem fell down from the cliff and was declared dead. Jhanvi proved the innocence of her father Ashok Sharma in front of the media.

Jhanvi took her revenge by stating that PK committed suicide as he was ashamed of his mistakes.

Further, as per the spoilers of Sarvagun Sampanna serial, Kabir will reach out to Jhanvi aka Pooja Sharma to challenge her.

Kabir will state to Pooja that he will avenge her for ruining his family’s happiness, by hook or by crook. Jhanvi will mock at Kabir for his pitiable situation.

This clash will mark the opening of the battle between Jhanvi and Kabir.

We wonder what will happen next in the future story twist of Ek Bharam Sarvagun Sampanna serial.

© Copyright tellybest.com, 2018 & 2019. All Rights Reserved. Unauthorized use and/or duplication of this material without written permission from tellybest.com is strictly prohibited.
Cached Saved on: Saturday 6th of June 2020 07:38:46 PM