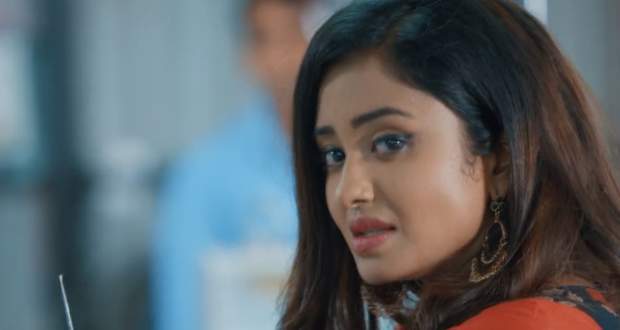 In the upcoming episodes of Ek Bhram serial, Rani will add a harmful chemical in Pooja’s medicine to stop her marriage with Kabir.

So far in Sarvagun Sampanna serial, Pooja met her mother after years of thinking that she was dead.

Later, Kabir made a plan to take the revenge of his insult and kidnapped her mother. He blackmailed Pooja to get married to him in return of her mother.

Also, Rani got envious of hearing that her sister has decided to surrender before Kabir’s condition.

Now as per the latest spoilers of EBSS serial, Rani will add harmful chemicals to Pooja’s medication in order to stop her marriage with Kabir.

Later, Pooja will get in a serious condition and will faint in the wedding ceremony according to the gossip updates of Ek Bharam Sarvagun Sampanna serial

Let’s see what happens next in the future story of Ek Bharam serial episodes.

© Copyright tellybest.com, 2020, 2021. All Rights Reserved. Unauthorized use and/or duplication of any material from tellybest.com without written permission is strictly prohibited.
Cached Saved on: Monday 6th of December 2021 04:32:25 PM