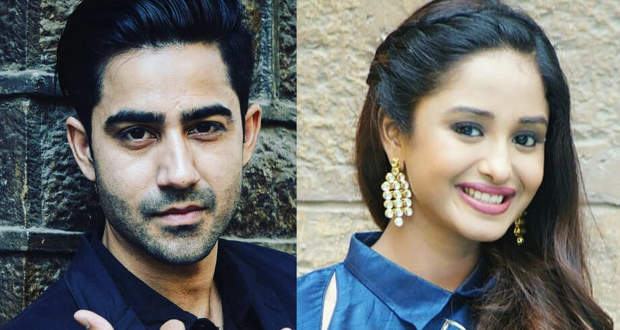 The coming episodes of Ek Bhram serial will witness the cute love story blossoming between Ranjeet and Rani aka Ishaani.

So far in Sarvagun Sampanna story, Ranjeet has planned to trap Pooja in his fake love game so that he can get a share in her property.

Pooja, who loves Kabir, has been rejected by him and she is now creating troubles for Kabir intentionally.

Based on the gossip updates of EBSS serial, Ranjeet will decide to woo Rani anonymously. He will surprise her by doing special gestures for her secretly.

Ranjeet will plan a shower of roses for Rani in her cabin but unfortunately while doing so he will get an electric shock.

It will be interesting to watch how Ranjeet will get successful in his mission in the forthcoming Ek Bharam episodes.

© Copyright tellybest.com, 2018 & 2019. All Rights Reserved. Unauthorized use and/or duplication of this material without written permission from tellybest.com is strictly prohibited.
Cached Saved on: Friday 31st of January 2020 01:09:55 PMCached Disp on: Tuesday 18th of February 2020 11:51:40 PM