Rani will create chaos in the house only to put the entire blame on Pooja to spoil her image in the upcoming episodes of EBSS serial.

So far in Ek Bhram story, Pooja and Kabir got married to each other despite the fact that there is only hatred between the two.

Rani is unhappy with this marriage as she loves Kabir a lot and is not able to accept reality.

Based on the spoiler updates of Sarvagun Sampanna serial, Rani will deliberately spoil Pooja’s post-wedding rituals with an intention to put her image at stake.

She will put fish in the food prepared by Pooja and will also hide property papers in her cupboard so that everybody gets upset with Pooja.

However, the main gossips of Ek Bharam serial convey that all the family members will blame Pooja for all the activities, Kabir will fail to doubt Pooja. 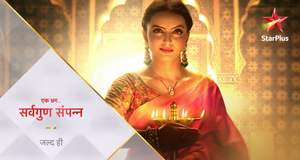 © Copyright tellybest.com, 2022, 2023. All Rights Reserved. Unauthorized use and/or duplication of any material from tellybest.com without written permission is strictly prohibited.
Cached Saved on: Wednesday 25th of January 2023 11:58:25 AMCached Disp on: Thursday 2nd of February 2023 08:56:23 PM