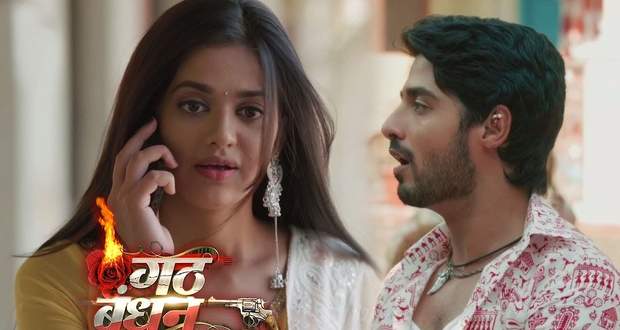 In the forthcoming episodes of Gatbandhan serial, Maayi will try to create misunderstandings and differences amid Dhanak and Raghu.

So far in Ghatbandhan serial, Dhanak arrested Raghu and Maayi when she learned from Laxmi that Raghu was involved in drug peddling.

Savitri, however, refused to be aware of the real identity of Bimla aka Laxmi. Raghu and Savitri are released from jail.

Now, as per the gossip updates of Gatbandhan serial, Savitri will decide to avenge Dhanak for getting her arrested.

Maayi will deliberately create differences amid Raghu and Dhanak by indulging them in arguments on trivial matters.

We wonder how Dhanak will face Savitri in the future episodes of Gathbhandhan serial.