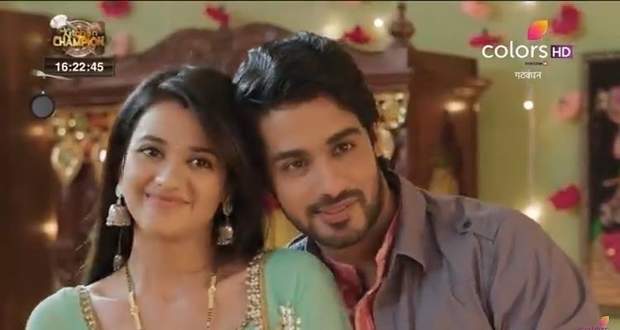 In the forthcoming episodes of Ghatbandhan serial, Bharat will captivate Dhanak in a deserted place to stop her from spoiling their smuggling deal.

Up until now in Gatbandhan serial, Dhanak reunited Raghu with his father. This favor of Dhanak made Raghu realize his true love for Dhanak.

Now, as per the future story twist of Ghathbandhan serial, Bharat and Savitri Maayi will crack a deal of illegal weapons trading with a group of terrorists.

Dhanak will get suspicious on Savitri and so will decide to follow her when the latter will be on her way to finalize her deal with the terrorists.

Further, the gossip updates of Gathbandhan TV serial convey that Bharat will catch hold of Dhanak and will hit her with a rod on her head.

Dhanak will fall flat on the ground and will be kidnapped by Bharat, state the new twists of Gatbandhan TV serial.

© Copyright tellybest.com, 2018 & 2019. All Rights Reserved. Unauthorized use and/or duplication of this material without written permission from tellybest.com is strictly prohibited.
Cached Saved on: Friday 31st of January 2020 12:51:17 PMCached Disp on: Saturday 22nd of February 2020 08:33:18 AM