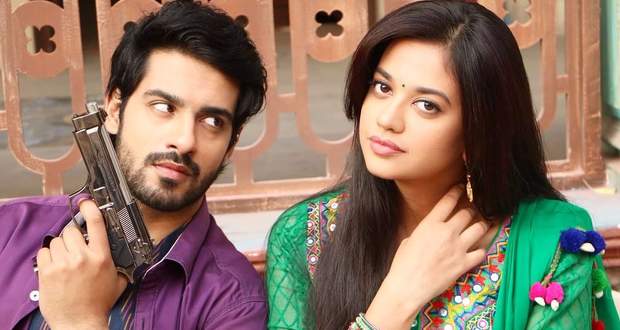 Gathbandhan Latest Twist: Raghu to scold Dhanak for stepping out of house

In the upcoming episodes of Gatbandhan serial, Raghu will get angry at Dhanak and will scold her for leaving the house in search of his father.

So far in Ghatbandhan serial, Raghu was about to get married to Maaya but Dhanak disguised as the bride and kidnapped him from the mandap.

Later, they both made up and viewers witnessed a perfect reunion of the loving couple.

Now according to the latest spoilers of Gathbhandhan serial, Dhanak will decide to search for Raghu’s father and will leave the house despite Raghu’s strict instructions.

However, Raghu will reach the same place where Dhanak went to search for his father and will scold her for stepping out of the house.

Later, Dhanak will get successful in calming his anger by romancing with him as per the recent gossip news of Gatbhandhan serial.

Let’s see if Dhanak is able to find out about Raghu’s father or not in the future story of Gathbandhan serial.