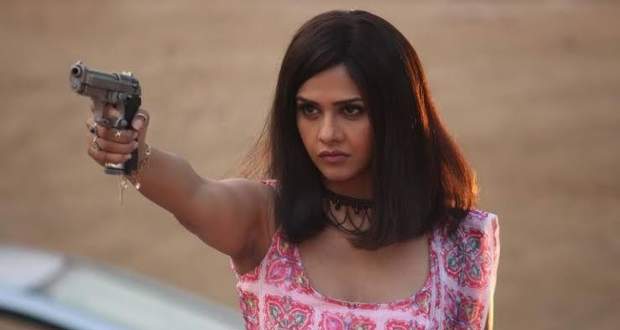 In the forthcoming episodes of GTNHP serial, Akshat will team up with Antara to play a game with Guddan to make her stress free.

Up until now in Guddan Tumse Na Paega story, Alisha was killed by Antara and was also compelled to make a video before her death. She stated in that video that Antara is a nice human and should stay with the Jindal family.

Now according to the latest spoiler twists of Guddan Tumse Na Ho Paega serial, Guddan will soon learn that Antara has killed Alisha and will reveal in front of Akshat.

However, Antara will change the whole game and will make everyone believe that Guddan is having some medical illness. She will console Akshat that Guddan needs some stress free moments as she is pregnant.

Akshat will agree to Antara’s plan of playing a game with Guddan to relax her as per the gossip news of Guddan serial.

© Copyright tellybest.com, 2018 & 2019. All Rights Reserved. Unauthorized use and/or duplication of this material without written permission from tellybest.com is strictly prohibited.
Cached Saved on: Monday 6th of April 2020 08:53:59 PM