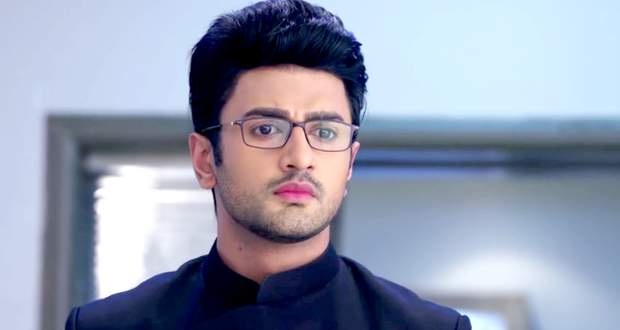 In the forthcoming episodes of GTNHP serial, Akshat will have his own painful moments post noticing Guddan and would declare that she can’t hurt him anymore.

Up until now in Guddan Tumse Na Paega story, Guddan left the Jindal house and the story took a small leap post which Guddan was seen as a movie actress.

Akshat, on the other hand, has turned into a drunkard and is rude to most family members.

Now according to the latest spoiler twists of Guddan Tumse Na Ho Paega serial, Guddan and Akshat will soon come face to face in Indore at a Chef’s competition.

Akshat will be forced to participate in the competition by Dadi while Guddan will be judging the same competition. Later, Akshat and Guddan will finally come face to face.

Akshat will try to hide the pain he feels looking at Guddan and will warn her to stay away. He will also declare that she can’t hurt him anymore as per the gossip news of Guddan serial.