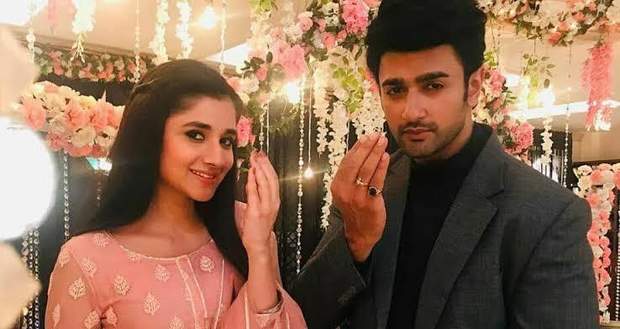 In the forthcoming episodes of GTNHP serial, Akshat will arrange a romantic date for Guddan to make her relax during her pregnancy.

Up until now in Guddan Tumse Na Paega story, Alisha was killed by Antara as she learned her reality. Later, Antara accepted in front of Guddan that she killed Alisha.

However, Antara smartly handled the situation and convinced Akshat that Guddan is hallucinating.

Now according to the latest spoiler twists of Guddan Tumse Na Ho Paega serial, Akshat will get worried for Guddan’s heath as she is pregnant.

He will decide to surprise her with a romantic date wherein Guddan will be dressed in all red. Meanwhile, Antara will again be planning something evil against Guddan as per the gossip news of Guddan serial.