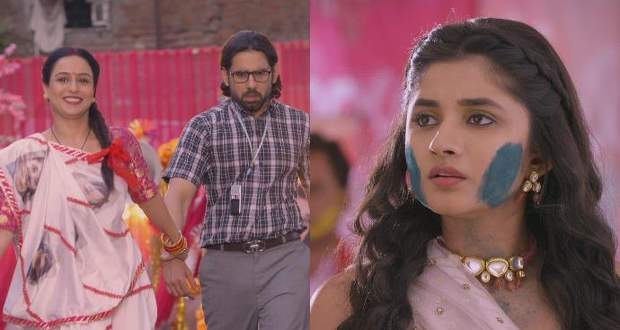 In the forthcoming episodes of GTNHP serial, Ganga will turn savior for Guddan as she will threaten Saraswati to stay away from her.

Up until now in Guddan Tumse Na Paega story, Alekh returned after a long time to apologize for his mistakes while Akshat and Dadi refused to forgive him. Meanwhile, Alekh’s new wife Ganga is a huge fan of Guddan and wants to stay with her.

Now according to the latest spoiler twists of Guddan Tumse Na Ho Paega serial, Ganga will prove her loyalty towards Guddan during Holi as she will save her from Saraswati.

Sarawati will be all set to attack Guddan as she is jealous of her when Ganga will stop her. She will threaten her and will also put black color on her face as per the gossip news of Guddan serial.