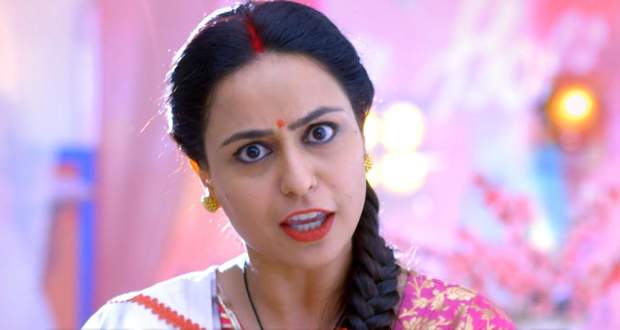 In the forthcoming episodes of GTNHP serial, Ganga will apologize to Akshat and the Jindal family by singing a song.

Up until now in Guddan Tumse Na Paega story, Akshat’s elder brother Alekh has returned to Jindal house with his second wife Ganga to seek an apology. However, Akshat and Dadi are against Alekh and don’t want to forgive him.

Now according to the latest spoiler twists of Guddan Tumse Na Ho Paega serial, Alekh and Ganga will be thrown out of the house while Guddan tries to convince family members to take them in.

They will manage to get into the house again and will apologize. Ganga will also sing a song to seek apology as per the gossip news of Guddan serial.

© Copyright tellybest.com, 2018 & 2019. All Rights Reserved. Unauthorized use and/or duplication of this material without written permission from tellybest.com is strictly prohibited.
Cached Saved on: Wednesday 8th of April 2020 07:21:03 AM