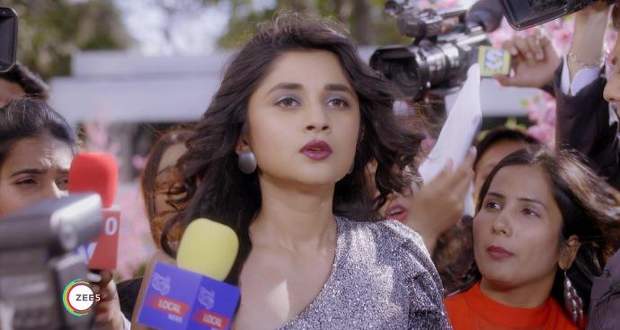 In the forthcoming episodes of GTNHP serial, Guddan will soon get in danger and will be surrounded by goons.

Up until now in Guddan Tumse Na Paega story, Guddan decided to make Akshat feel jealous and so decided to do a drama of getting married to Kunal. However, Kunal is now forcing her to get married to him for real.

Now according to the latest spoiler twists of Guddan Tumse Na Ho Paega serial, Guddan will be forced to marry Kunal at gunpoint but she will try to fool him.

She will escape the venue and will call Akshat but he will be injured and unconscious. Soon the goons will again catch Guddan and will hold her at gunpoint as per the gossip news of Guddan serial.

© Copyright tellybest.com, 2018 & 2019. All Rights Reserved. Unauthorized use and/or duplication of this material without written permission from tellybest.com is strictly prohibited.
Cached Saved on: Sunday 5th of April 2020 10:34:56 AM