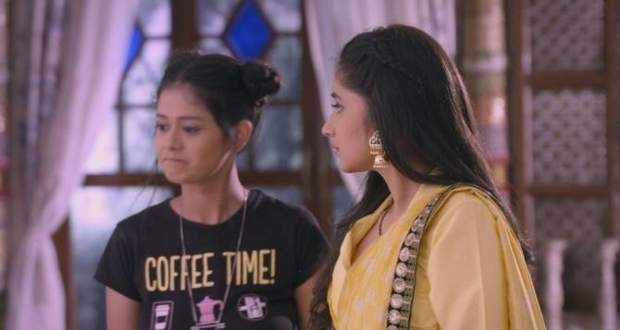 In the forthcoming episodes of GTNHP serial, Guddan will participate in a Mamta competition along with Alisha where she will discover new challenges faced by mothers.

Up until now in Guddan Tumse Na Paega story, Alisha accused Vikrant of harassing her. Later, Akshat and Guddan were at loggerheads on this matter.

While Akshat believed Alisha was telling truth, Guddan felt she was doing drama to trap Vikrant.

Now according to the latest gossip news of Guddan Tumse Na Ho Paega serial, Alisha and Guddan will enter into a Mamta competition in Indore along with Asmita and Krishi.

However, due to some turn of events, both their daughters will fall into grave trouble and their real test as mothers will begin.

They will have to prove their motherhood and save their daughters from the danger. Also, the test will bring in some shocking revelations for Guddan as per the serial spoilers of Guddan serial.