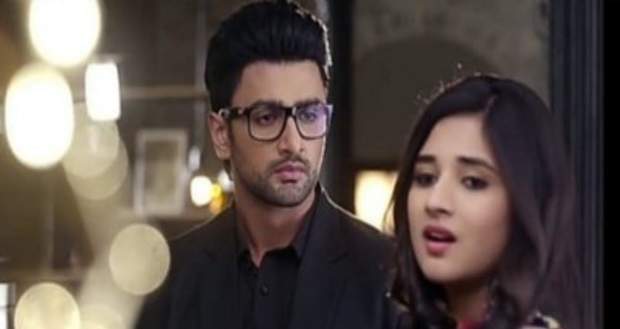 In the forthcoming episodes of GTNHP serial, Guddan will witness Akshat and Antara hugging and will misunderstand their relationship.

Up until now in Guddan Tumse Na Paega story, Guddan tries to expose Antara’s reality but Akshat believes Antara instead of Guddan. Later, he arranges a romantic date to make Guddan feel better.

Now according to the latest spoiler twists of Guddan Tumse Na Ho Paega serial, Akshat will receive an important call and will be forced to leave their date.

She will also witness their hug and will misunderstand their meeting while Akshat will be giving her money to stay away from their family.

Later, Guddan will misinterpret the whole scene and will decide to leave the house as per the gossip news of Guddan serial.

© Copyright tellybest.com, 2018 & 2019. All Rights Reserved. Unauthorized use and/or duplication of this material without written permission from tellybest.com is strictly prohibited.
Cached Saved on: Friday 31st of January 2020 05:24:09 AMCached Disp on: Tuesday 18th of February 2020 01:10:25 PM