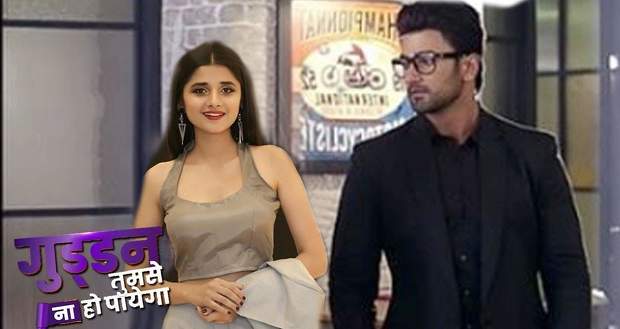 In the forthcoming episodes of GTNHP serial, Guddan will be the judge of the competition in which Akshat is participating in Indore.

Up until now in Guddan Tumse Na Paega story, Guddan failed to make Akshat believe her and thus left the Jindal house. Also, we reported our viewers about the exit of Antara from the serial.

Now according to the latest spoiler twists of Guddan Tumse Na Ho Paega serial, Guddan will be seen as a famous movie star and will be visiting Indore to promote her film.

Akshat will be forced to participate in a chef’s competition by Daadi in Indore. However, the interesting twist will be that Guddan will be the celebrity guest at the same competition where Akshat is participating.

© Copyright tellybest.com, 2018 & 2019. All Rights Reserved. Unauthorized use and/or duplication of this material without written permission from tellybest.com is strictly prohibited.
Cached Saved on: Sunday 5th of April 2020 02:36:57 AM