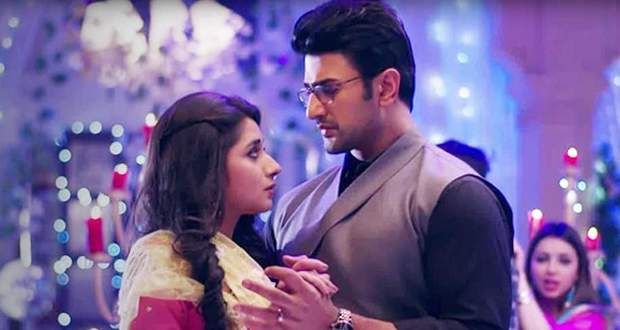 In the forthcoming episodes of GTNHP serial, Guddan and Akshat will be seen dancing in a romantic way during the party at Jindal house.

Up until now in Guddan Tumse Na Paega story, Guddan was invited to party at Jindal house and she accepted the invitation. Later, she made an entry in a Doli and received a warm welcome from the family members.

Now according to the latest spoiler twists of Guddan Tumse Na Ho Paega serial, Guddan will be seen performing at the party on a popular dance number.

Later, Guddan and Akshat will also perform. They will further get romantic during their dance performance and will cherish their old memories as per the gossip news of Guddan serial.

© Copyright tellybest.com, 2018 & 2019. All Rights Reserved. Unauthorized use and/or duplication of this material without written permission from tellybest.com is strictly prohibited.
Cached Saved on: Saturday 11th of April 2020 12:37:14 AM