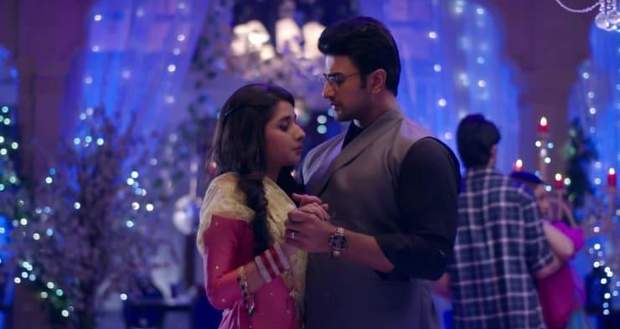 In the forthcoming episodes of GTNHP serial, Guddan and Akshat will again come face to face after the leap in Indore.

Up until now in Guddan Tumse Na Paega story, Guddan tried to expose Antara’s intensions but Akshat continued to blame Guddan for everything. Guddan got disheartened and finally left Jindal home.

Now according to the latest spoiler twists of Guddan Tumse Na Ho Paega serial, the serial will soon take a leap and Akshat and Guddan will be brought in front of each other yet again by destiny.

Guddan will be visiting Indore after her movie’s success and Akshat will also be in Indore for a chef competition. Destiny will soon bring them face to face again but under totally different circumstances as per the gossip news of Guddan serial.

© Copyright tellybest.com, 2018 & 2019. All Rights Reserved. Unauthorized use and/or duplication of this material without written permission from tellybest.com is strictly prohibited.
Cached Saved on: Thursday 30th of January 2020 07:29:21 PMCached Disp on: Friday 21st of February 2020 02:51:33 AM