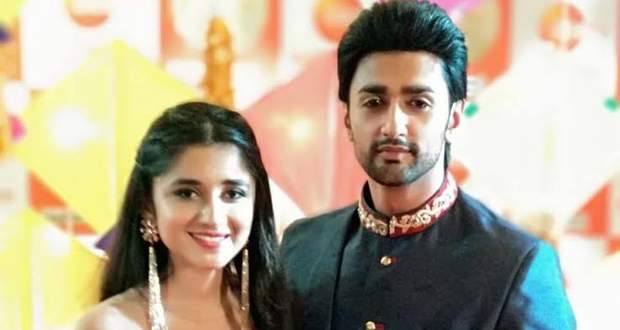 In the forthcoming episodes of GTNHP serial, Guddan and Akshat will celebrate Diwali in their own unique style by bursting balloons instead of crackers.

Up until now in Guddan Tumse Na Paega story, Alisha made a plan to trouble the Jindals by planting a bomb in the temple. However, Guddan reached on time to diffuse the bomb.

Later, Akshat got really angry with Alisha’s mischief and decided to punish her by tying her to a chair with rope.

Now according to the latest spoilers of Guddan Tumse Na Ho Paega serial, Daadi will try to convince Akshat in forgiving Alisha and freeing her from the chair.

Akshat will get ready to untie Alisha and everyone will perform the Diwali Pooja. Later, Akshat and Guddan will decide to not burst firecrackers.

They will celebrate Diwali in an innovative way by bursting balloons as per the gossips of Guddan serial.