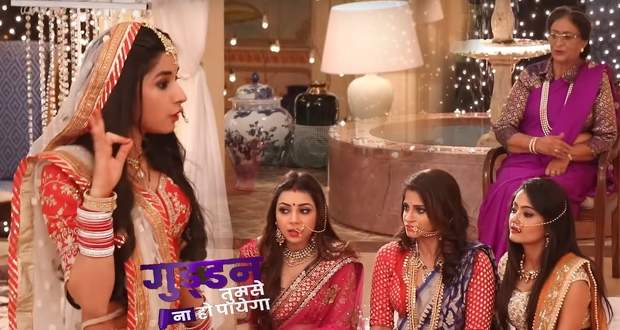 The forthcoming episodes of Guddan serial will roll high on drama as Antara will take an oath to throw Guddan out from Akshat’s life.

As we already informed our readers that in the future GTNHP serial, Guddan and Antara will get into a major fight.

Akshat will not be able to bear Guddan’s disrespect and so will tell Antara that Guddan is his wife.

According to the spoilers of Guddan Tumse Na Ho Paega serial, Guddan will not be able to bear this truth and will turn revengeful against Guddan.

Antara will plan to separate Guddan and Akshat forever by creating troubles and misunderstandings in their happy married life.

Let’s see what happens next in the upcoming episodes of Guddan serial.

© Copyright tellybest.com, 2018 & 2019. All Rights Reserved. Unauthorized use and/or duplication of this material without written permission from tellybest.com is strictly prohibited.
Cached Saved on: Saturday 1st of February 2020 06:08:57 PMCached Disp on: Sunday 23rd of February 2020 10:27:30 PM