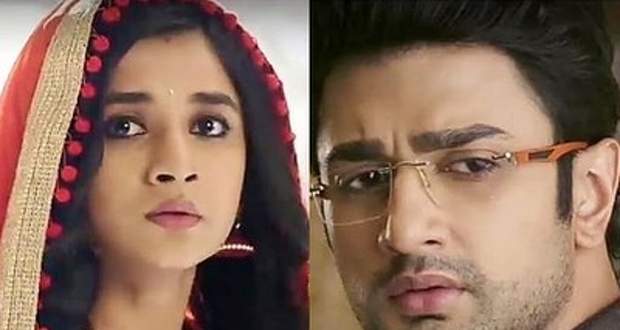 In the upcoming episodes of Guddan serial, Akshat will hold Guddan responsible for pushing Antara to kill the child in her womb.

So far in GTNHP story, Antara got into an argument with Guddan and mistakenly fell down from the stairs. Though, she intelligently blamed Guddan for pushing her down.

Antara held Guddan responsible for her miscarriage in front of the family members.

Akshat will show trust in Antara’s words and will accuse Guddan of killing the innocent child in her jealousy.

Further, the gossip twists of Guddan serial reveal that Akshat will hurt Guddan badly with his rude words and allegations. Poor Guddan will break down in tears on seeing Akshat’s ruthless side.

Let’s see how Guddan will expose Antara in the future story twist of GTNHP serial.

© Copyright tellybest.com, 2018 & 2019. All Rights Reserved. Unauthorized use and/or duplication of this material without written permission from tellybest.com is strictly prohibited.
Cached Saved on: Thursday 30th of January 2020 09:50:10 PMCached Disp on: Wednesday 19th of February 2020 12:58:06 AM