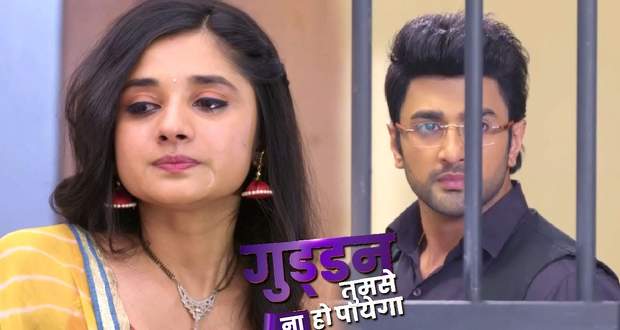 The ardent viewers of Guddan serial will get shocked to see a changeover in Akshat’s personality in the post leap sequence of the show.

Up until now in GTNHP story, Jindal family is bearing the loss of Angad who died because of Antara’s evil plan.

Now, the spoiler twists of Guddan Tumse Na Ho Paega reveal that Akshat will be influenced by Antara against Guddan. In his anger, Akshat will shoot Guddan which will result in the latter falling down from the cliff.

Post-Guddan’s death, the serial will take a leap in the story in the upcoming episodes.

Based on the gossips of Guddan serial, Akshat will turn into a ruthless man after the exit of Guddan from his life. He will be seen secluding himself from his family members and happiness.

Let’s see what happens when Guddan will meet AJ in the future story twist of GTNHP serial.

© Copyright tellybest.com, 2018 & 2019. All Rights Reserved. Unauthorized use and/or duplication of this material without written permission from tellybest.com is strictly prohibited.
Cached Saved on: Saturday 6th of June 2020 09:57:09 PMCached Disp on: Saturday 4th of July 2020 11:31:03 AM