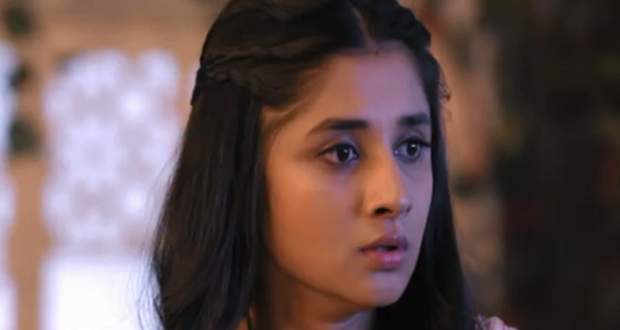 In the upcoming episodes of Guddan serial, Antara will plan Guddan’s wardrobe malfunction to defeat her in the dance face-off.

Currently, in Guddan Tumse Na Ho Paega serial, the viewers are enjoying the high voltage drama of Antara and Akshat’s pre-wedding festivities in the house.

Guddan, with a heavy heart, is bearing the pain only with an intention to save her family members from the evil plans of Guddan.

Further, as per the new spoilers of GTNHP serial, Antara will plan to win the dance battle with Guddan by hook or by crook.

The shrewd lady will spoil Guddan’s dress to make her a victim of a wardrobe malfunction during the dance face-off.

Eventually, based on the gossip twists of Guddan Tumse Na serial, Antara will be declared as the winner of the competition as Guddan will fail to focus because of her dress issues.

© Copyright tellybest.com, 2018 & 2019. All Rights Reserved. Unauthorized use and/or duplication of this material without written permission from tellybest.com is strictly prohibited.
Cached Saved on: Thursday 30th of January 2020 11:48:41 PMCached Disp on: Thursday 20th of February 2020 07:14:16 PM