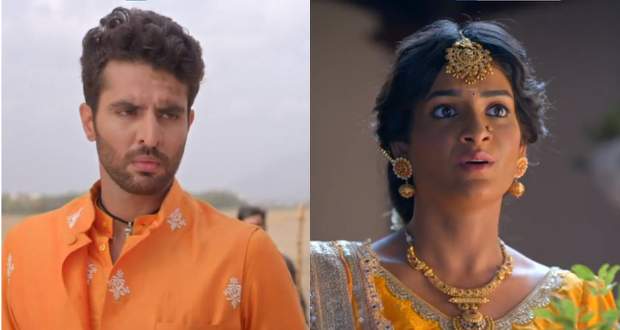 In the upcoming story of the Harphoul Mohini serial, Harphoul and Mohini will marry each other while hiding the real reason behind agreeing to the marriage.

So far in the serial Harphool Mohini, Harphoul's Chachaji has challenged him to marry under a month or hand over the property to him without any arguments.

Meanwhile, Mohini's Uncle has lost his job and is refusing to accept jewelry from Mohini until she finds a guy who is willing to marry her without any gold.

Now according to spoilers of the serial, Harphoul's cousin, Saroj will learn of both of their situations and will set them up for marriage to help both of them.

As per the gossip of the Har phoul Mohini serial, both Harphoul and Mohini will not like each other during the meeting but will agree to the marriage without revealing their true reasons behind it.

In the future episodes, we will see Mohini struggling to adjust to Harphoul's house and family while he will also struggle with differences between them.

Let’s see how the couple overcomes their differences in the future episodes of Har phool Mohini.