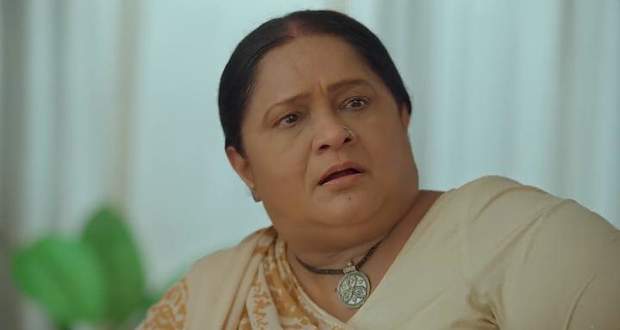 As per the upcoming Imlie serial gossips, Dulari will announce to complete Aditya and Imlie's post-marriage rituals making everyone shocked.

So far in Imli story, Dulari stayed at Tripathi's house and declared that she will sleep in the same room as Malini which made Anu furious.

Further, Malini rebuked Imlie and made her insecure about her clothing style while Aditya gifted Imlie a new saree and encouraged her.

Now as per the upcoming twists of Imli, Dulari will question Imli what gifts she got for the Muhdikhai ritual while Rupali reveals that none of the post-marriage rituals have happened.

Dulari will further announce that she would like to complete all of Imlie and Aditya's post-marriage rituals and will tell the Tripathi family to start preparing for the Muhdikhai ritual, according to spoilers of Imli.

© Copyright tellybest.com, 2020, 2021. All Rights Reserved. Unauthorized use and/or duplication of any material from tellybest.com without written permission is strictly prohibited.
Cached Saved on: Wednesday 13th of October 2021 10:16:52 AMCached Disp on: Thursday 21st of October 2021 07:45:53 PM