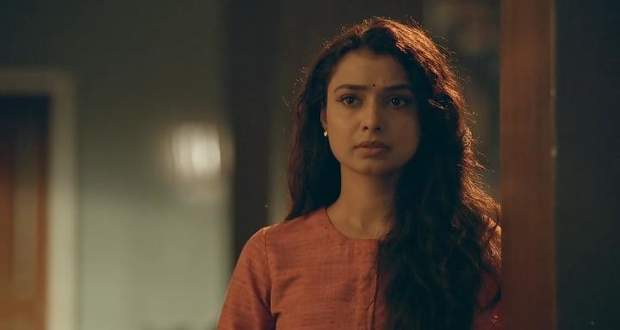 In the upcoming Imli serial episodes, Imlie will get confused seeing Malini and Aditya going together while Malini will confess love to Aditya.

Up until now in Imli story, Malini purposefully went to Aditya's room and slept there while Imlie got shocked seeing them but told that she believes them.

Further, KC and Malini got into an argument and he revealed to Aditya that there was never a relationship between them and that he was only helping Malini.

Now as per the upcoming story of Imli, Imlie will leave university when she will get surprised seeing Aditya and Malini going on his bike and will run after them.

Afterward, Aditya will ask Malini if she still loves him and she will confess to him that she is still in love with him according to spoilers of Imli.

Let's see what will Malini do next in the upcoming twists of Imli serial.

© Copyright tellybest.com, 2020, 2021. All Rights Reserved. Unauthorized use and/or duplication of any material from tellybest.com without written permission is strictly prohibited.
Cached Saved on: Wednesday 19th of January 2022 01:08:37 PM