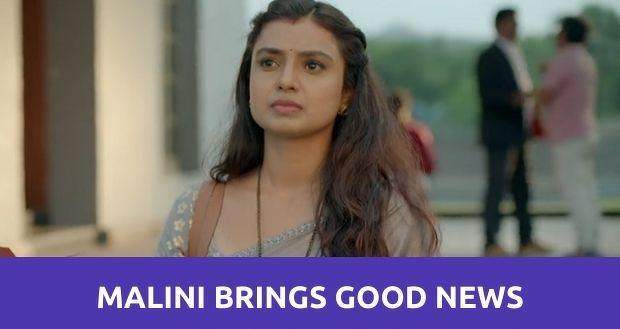 Imli: Malini brings good news for Aditya on his birthday

As per Imli serial's upcoming story, Malini (Mayuri Deshmukh) will meet Aditya (Gashmeer Mahajani) on his birthday and will reveal that she has brought two good news with her.

So far in the Imli serial, Imlie brought the video of Anu physically torturing to jail and blackmailed Anu to take back the case against the Tripathi family.

Further, in the last episode of Imli, Anu took back the case while Malini went with KC to present an argument on the court for Satyakaam's case.

Now as per the serial gossips of Imli, Aditya and the Tripathi's will celebrate his birthday while Malini will arrive there.

She will apologize to him for not bringing any gift and will say that she rather has brought good news with her.

She will tell him that the court date for Satyakaam's case is fixed and that their divorce is finalized while Imlie will overhear their conversation.