In the upcoming story of the serial Imlie, Anu will try to lure Aryan to cover Aditya’s wedding with her daughter Malini.

Up until now in the story of Imlie, Malini provokes Aditya to either marry her or to let her abort the child.

Later, Aditya announces that he is marrying Malini in front of Imlie and Aryan and asks Imlie to sign the divorce papers.

Imlie signs the papers and apologizes to herself for being so unselfish.

Now as per the gossips of the serial, Aryan will ask Imlie to cover a high-profile wedding.

But Imlie denies doing it when she gets to know that it is Aditya and Malini’s wedding.

However, Anu tries to lure Aryan with two crore rupees and asks him to rethink his decision.

Let us see whether Aryan respects Imlie’s decision or will get lured by the amount offered by Anu in the upcoming episodes of Imlie. 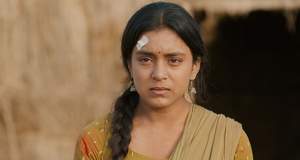 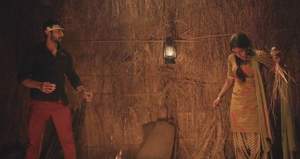 © Copyright tellybest.com, 2020, 2021. All Rights Reserved. Unauthorized use and/or duplication of any material from tellybest.com without written permission is strictly prohibited.
Cached Saved on: Friday 28th of January 2022 05:05:48 PM