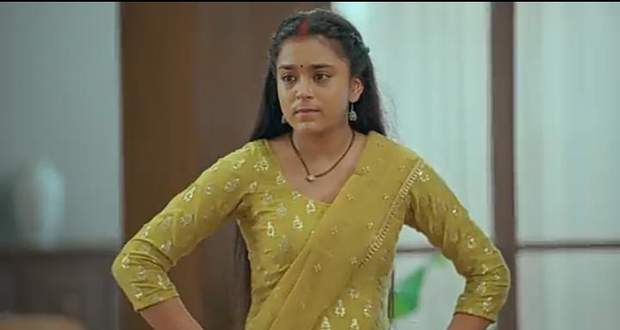 Imli Upcoming Twist: Imlie fails to show the video to the court

In the future Imli serial episodes, Imlie will fail to show the video showing Malini dressed up as her to the court as someone will have erased the data from the pen drive.

Up until now in the Imli story, Malini and Anu came to the Tripathi house and put forth a condition in front of Imlie that she will have to leave Aditya and he will have to accept Malini as his wife if Malini wins the case.

Further, Imlie accepted the condition after which she found footage in Aditya's camera of the Janmashtami celebration when Malini come to an inebriated Aditya in Imlie's saree and lured him.

Now as per the serial gossips of Imli, Imlie will give the pen drive with the video to Kunal before the hearing of Aditya's case to provide as evidence.

However, upon starting the pen drive in front of the court even will learn that the pen drive is empty and that someone removed all the data from it, according to the spoilers of Imli serial.

Let's see if Imlie can win the case in the upcoming story of Imli.

© Copyright tellybest.com, 2020, 2021. All Rights Reserved. Unauthorized use and/or duplication of any material from tellybest.com without written permission is strictly prohibited.
Cached Saved on: Wednesday 13th of October 2021 09:59:55 AMCached Disp on: Thursday 21st of October 2021 08:27:57 PM