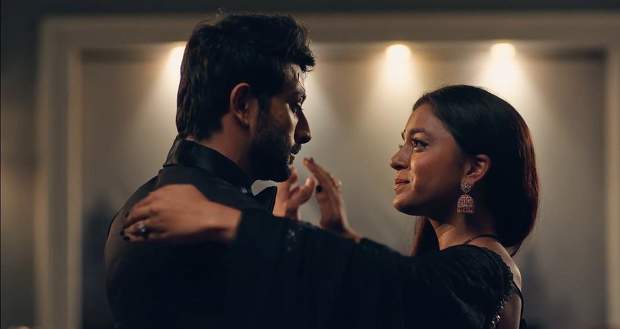 In the upcoming story of Imli serial, Aryan expresses his love for the person he would propose to on his first date to Imlie.

So far in the lmli story, Aryan goes on a dinner date with Imlie upon Arpita’s insistence.

In the latest episodes, Aryan shares a few close yet unclose moments dancing with Imlie as they do not touch each other.

Later, Aryan shares his three-step formula to impress any girl.

First, he tries to impress with his table manners and etiquette which Imlie rebuffs.

Second, he appreciates the qualities of Imlie indirectly and applauds her for her determination and fierceness.

However, he does not mention his third step.

Let's see if Aryan can confess his love to Imlie in the future episodes of the serial Imlie.

© Copyright tellybest.com, 2020, 2021. All Rights Reserved. Unauthorized use and/or duplication of any material from tellybest.com without written permission is strictly prohibited.
Cached Saved on: Sunday 2nd of October 2022 05:18:15 AM