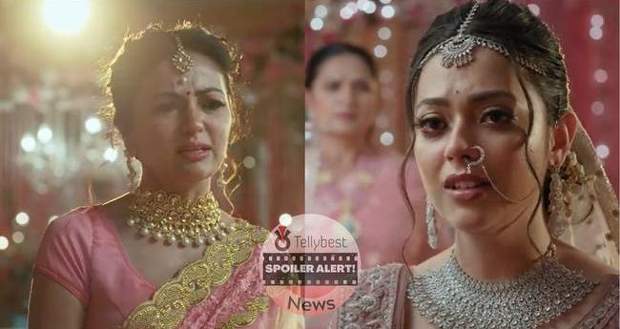 In the upcoming story of the Imlie serial, Rupi's upbringing will fail as she realizes that Cheeni has become Malini 2.0.

So far in the story of the Imlie serial, Cheeni breaks her marriage with Jatin and gives a lecture on true love to impress Atharva.

Meanwhile, Rupi asks Anu if she filled Cheeni's mind with the idea of breaking the marriage.

As per the spoiler of the Imlie serial, Rupi declares her upbringing has failed as Cheeni has become 2nd version of Malini.

She says so because Cheeni is obsessed with Atharva's money and she will never marry a middle-class guy like Jatin.

In the upcoming twist of the Imlie serial, Atharva will confess his love to Cheeni while she hurts Imlie by snatching her first love.

Let us see if Atharva is able to confess his love to Cheeni or if Rudra will pose a threat to the blooming relationship between Atharva and Cheeni in the upcoming episodes of the Imlie serial.

© Copyright tellybest.com, 2022, 2023. All Rights Reserved. Unauthorized use and/or duplication of any material from tellybest.com without written permission is strictly prohibited.
Cached Saved on: Monday 21st of November 2022 09:49:31 PMCached Disp on: Friday 9th of December 2022 04:32:00 AM