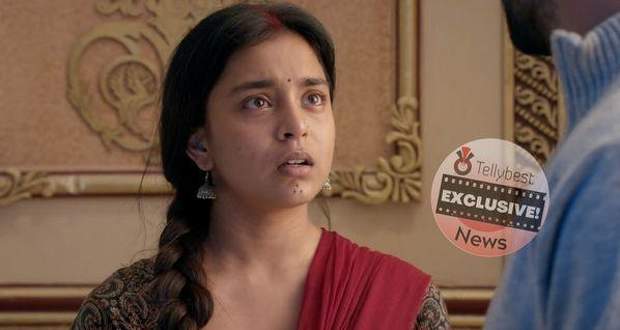 Imlie: Serial Gossip! Imliya from Pagdandiya is back in her glorious form!

In the upcoming story of the Imlie serial, Imlie will be back in her old Imliya from Pagdandiya form after learning that Bhaskar Times has gone into debt.

So far in the Imlie serial, Aryan’s emotions have become jumbled up after seeing Imlie back in Rathore's house while Narmada and Arpita are insisting Imlie stay in the Rathore house.

At the same time, Cheeni insists on staying at the Rathore house against Imlie’s wish with the hidden intention of bringing Imlie and Aryan back together.

Now according to the spoilers of the Imlie serial, the Rathore house gets attacked with fire bottles and Imlie comes to learn what has happened with the Bhaskar Times in the past five years.

Imlie also learns that Malini has become a partner in the Bhasker Times and that the Bhaskar Times has gone into debt.

Now as per the gossip, Imlie reverts back to her Imliya from Pagdandiya style and tells Malini that she is returning to work in Bhaskar Times while Aryan and others look on.

Imlie challenges Malini that she will bring Bhaskar Times back to its glorious days in her Pagdandiya style.

Let's see if Malini can overpower Imliya’s ambition to bring Bhaskar Times back to glory in the future episodes of the Imlie serial.

© Copyright tellybest.com, 2020, 2021. All Rights Reserved. Unauthorized use and/or duplication of any material from tellybest.com without written permission is strictly prohibited.
Cached Saved on: Sunday 2nd of October 2022 07:17:28 AMCached Disp on: Wednesday 5th of October 2022 06:48:54 PM