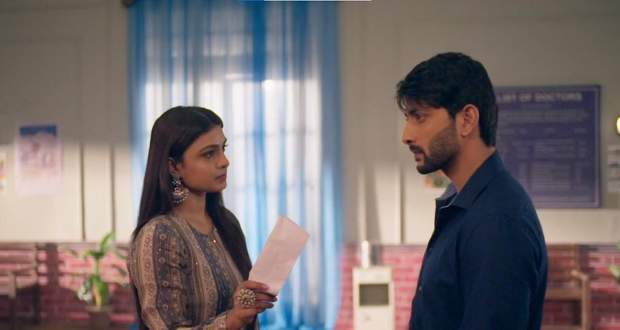 In the upcoming story of the Imlie serial, Malini will go to the police station with Aryan thinking that they are getting Imlie arrested for good when he will trick her.

So far in the Imlie serial, Aryan realized that he has also consumed the laddoos made by Imlie but nothing has happened to him which proves that Imlie is innocent.

Now according to the spoilers of the Imlie serial, Aryan forms a plan and gets out of Cheeni’s hospital room telling Malini to get the footage and come to the police station with him.

Further, Aryan tells the police officer that the video is made in such a way to frame Imlie and reveals that he has eaten more laddoos made by Imlie since the morning but still isn’t sick which further proves that Imlie’s laddoos didn’t make the children sick but the caterer’s laddoos did.

At the same time, Malini just opens and closes her mouth like a fish not being able to believe what is happening.

Let's see how will Cheeni react when she learns that Aryan is the one who proved Imlie innocent in the upcoming episodes of the Imlie serial.

© Copyright tellybest.com, 2020, 2021. All Rights Reserved. Unauthorized use and/or duplication of any material from tellybest.com without written permission is strictly prohibited.
Cached Saved on: Saturday 1st of October 2022 10:10:46 PMCached Disp on: Sunday 2nd of October 2022 11:26:11 AM