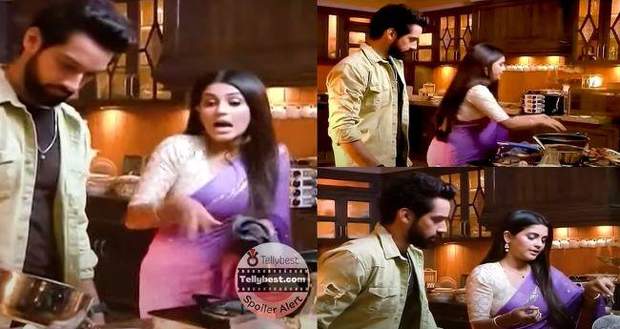 In the upcoming story of the Imlie serial, Imlie will cook snacks for the guests while Atharva will help her!

So far in the Imlie serial, Imlie and Atharva managed to reach the village and do an amazing performance despite Cheeni trying to humiliate Imlie.

Now according to the spoilers of the Imlie serial, some important guests arrive at the Rana house and Imlie rushes to make pakoras (fritters) for them.

However, Atharva also helps her cook the snacks while Imlie guides him to make tea.

A sweet bonding is seen between the duo as Imlie do a little rap with her poems.

In the future episodes, we will see Atharva slowly falling for Imlie over the course of his trying to move on from Cheeni.

Let's see if Imlie can also accept Atharva back or not in the upcoming episodes of the Imlie serial.

© Copyright tellybest.com, 2022, 2023. All Rights Reserved. Unauthorized use and/or duplication of any material from tellybest.com without written permission is strictly prohibited.
Cached Saved on: Wednesday 25th of January 2023 10:06:33 AMCached Disp on: Thursday 9th of February 2023 04:58:28 AM