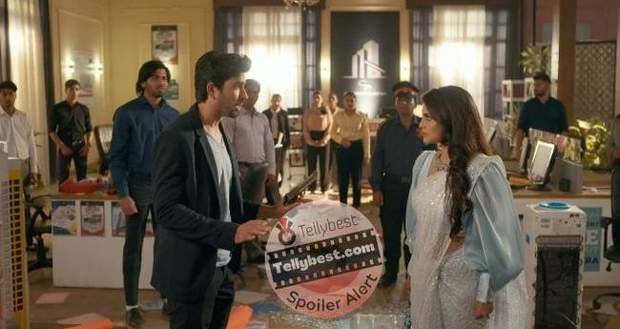 In the upcoming story of the Imlie serial, Imlie will become the criminal in Atharva’s eyes due to Cheeni’s trap.

So far in the Imlie serial, Imlie went to Charashekher’s office to confront him but found out from his son that Chandrashekhar is not even in India to do such a thing.

Now according to the spoilers of the Imlie serial, Cheeni traps Imlie by showing Atharva a tampered CCTV footage making him think she is the one who planted the bomb.

In the future episodes, we will see Atharva blaming Imlie and distancing himself from her.

Let's see if Imlie can find out the truth that it was Cheeni who tried to kill Rudra and also framed her in the upcoming episodes of the Imlie serial.

© Copyright tellybest.com, 2022, 2023. All Rights Reserved. Unauthorized use and/or duplication of any material from tellybest.com without written permission is strictly prohibited.
Cached Saved on: Wednesday 25th of January 2023 01:46:49 PMCached Disp on: Wednesday 1st of February 2023 09:56:35 PM