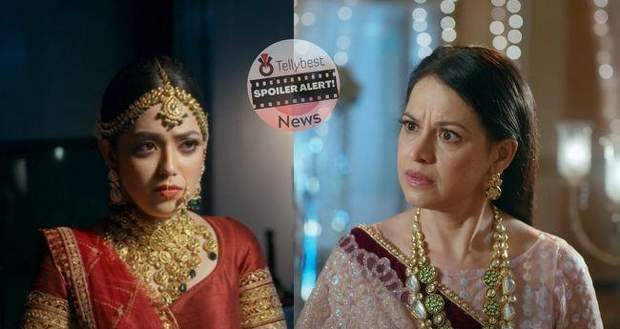 In the upcoming story of the Imlie serial, Anu will spread poison into Cheeni’s mind!

So far in the story of the Imlie serial, Rudra offers Cheeni money in return for leaving Atharva.

Cheeni accepts the money and walks out accepting Rudra’s offer to not enter Atharva and Imlie’s married life.

As per the latest spoiler, Anu scolds Cheeni for accepting mere 2 bags of cash when she could own the whole Rana empire.

Anu fills Cheeni's mind with hatred against Imlie and Rudra and compels her to take revenge on them.

Later, Anu causes chaos in Atharva and Imlie’s marriage and intends to blame it on Imlie.

In the upcoming twist of the Imlie serial, Anu will create a misunderstanding between Atharva and Imlie.

Cheeni will accuse Imlie of planning the whole bullet incident to kick her out of Atharva's life.

Let us see if Atharva will believe Cheeni and Anu’s false story and break his marriage with Imlie or not in the upcoming episodes of the Imlie serial.

© Copyright tellybest.com, 2022, 2023. All Rights Reserved. Unauthorized use and/or duplication of any material from tellybest.com without written permission is strictly prohibited.
Cached Saved on: Tuesday 22nd of November 2022 01:34:55 AMCached Disp on: Saturday 10th of December 2022 02:32:58 PM