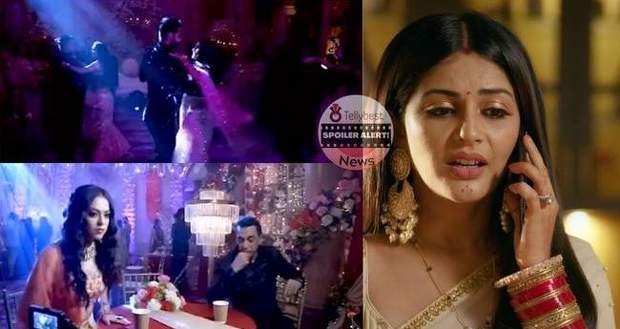 Imlie: Upcoming Story! Atharva And Imlie Get Romantic At Their Reception!

In the upcoming story of the Imlie serial, Atharva and Imlie will dance together at their reception while Cheeni will burn in jealousy.

So far in the Imlie serial, Imlie saves Atharva by getting him to the hospital on time.

Meanwhile, Cheeni is bribing Jatin with money to hide the fact that she is having an affair with Atharva.

Now according to the spoilers of the Imlie serial, the Rana family hosts the reception party for Atharva and Imlie and compensates for the lack of celebration during their wedding.

Now as per the gossip, Imlie dances with Atharva and feels as if she's on cloud nine while Cheeni sees them and feels jealousy running through her veins.

Let's see if Cheeni can get rid of Imlie and take her place in Atharva’s life in future episodes of the Imlie serial.

© Copyright tellybest.com, 2022, 2023. All Rights Reserved. Unauthorized use and/or duplication of any material from tellybest.com without written permission is strictly prohibited.
Cached Saved on: Monday 21st of November 2022 01:59:11 AMCached Disp on: Thursday 1st of December 2022 01:10:26 AM