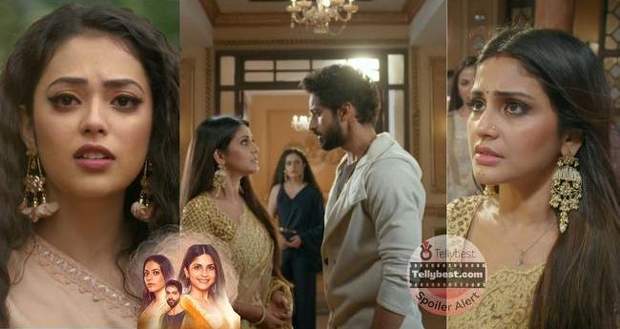 In the upcoming story of the Imlie serial, Atharva will confess to Imlie that he loves her as she is his last ray of hope!

So far in Imlie, Cheeni has manipulated Imlie into thinking that Atharva is still in love with her and vice versa.

Due to this, Imlie even lies to Atharva and has convinced him to talk to Cheeni once.

According to the latest spoiler of the Imlie serial, Atharva plans a surprise for Imlie and shocks her by dancing with her in front of the whole family as a doting couple.

While being reeled in the shock of the turn of events, Atharva gets on his knees and proposes to Imlie for the second time since he has fallen in love with her and cannot imagine a life without her.

Further, as per the latest gossip of Imlie, we will see Cheeni fuming in anger at her plan being destroyed while Imlie is in a dilemma on what to answer Atharva.

Let's see what answer Imlie gives to Atharva in the upcoming episodes of the Imlie serial.

© Copyright tellybest.com, 2022, 2023. All Rights Reserved. Unauthorized use and/or duplication of any material from tellybest.com without written permission is strictly prohibited.
Cached Saved on: Thursday 26th of January 2023 12:08:43 AMCached Disp on: Thursday 2nd of February 2023 07:50:02 PM