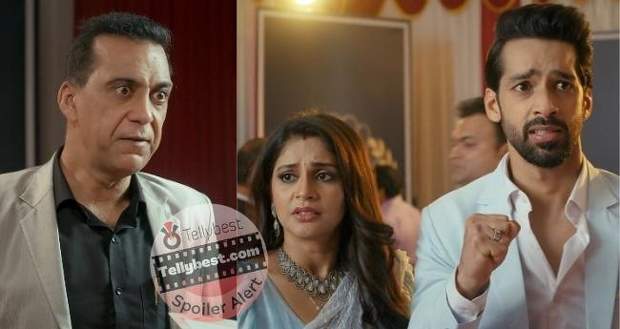 In the upcoming story of the Imlie serial, Imlie will fail to save Rudra from the bomb as he will get the bomb blasted in his face.

So far in the Imlie serial, Cheeni has given Rudra a bomb-infused greeting card to take revenge on him.

Now according to the spoilers of the Imlie serial, Imlie finds out about the bomb and tells Atharva about it.

However, the pair fails to save Rudra as he opens the greeting card and the bomb blasts in his face making him heavily injured.

In the future episodes, we will see Imlie & Atharva trying to find the culprit behind the bomb and calling the police.

Let's see if Atharva and Imlie can find the real culprit in the upcoming episodes of the Imlie serial.

© Copyright tellybest.com, 2022, 2023. All Rights Reserved. Unauthorized use and/or duplication of any material from tellybest.com without written permission is strictly prohibited.
Cached Saved on: Wednesday 25th of January 2023 01:20:44 PMCached Disp on: Thursday 2nd of February 2023 07:43:40 PM