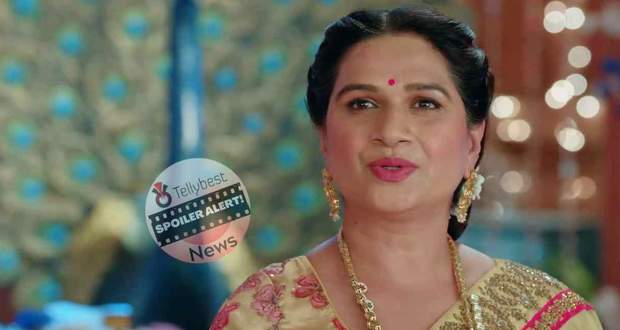 In the upcoming story of the Imlie serial, Narmada will compare 22-carat gold to Imlie!

So far in the story of the Imlie serial, Aryan’s heart is feeling attracted again to Imlie thanks to Cheeni’s constant effort of putting Imlie and his hero in romantic situations.

As per the spoiler of the Imlie serial, Anu brags about Malini gifting a 22-carat gold idol to Narmada.

However, Narmada calls her daughter-in-law Imlie the real 22-carat gold which is far better than an idol which can be bought with money.

In the upcoming twist of the Imlie serial, Cheeni will dress up as Kahna while Imlie’s gorgeousness will blow Aryan's mind.

Let us see if Narmada comparing Imlie to 22-carat gold infuriates Malini to what extent or if Aryan’s barriers of anger will melt by Imlie's beauty.

© Copyright tellybest.com, 2020, 2021. All Rights Reserved. Unauthorized use and/or duplication of any material from tellybest.com without written permission is strictly prohibited.
Cached Saved on: Saturday 1st of October 2022 10:35:43 PM