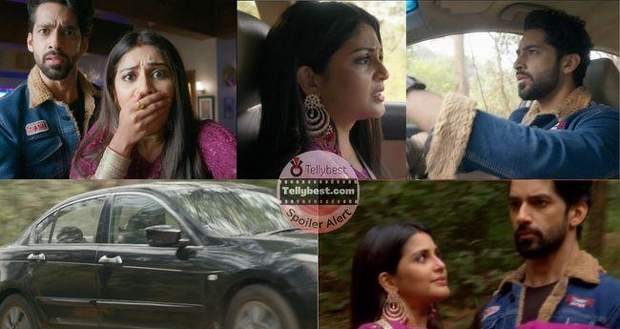 Imlie: Upcoming Twist! Atharva and Imlie get stuck in JUNGLE!

In the upcoming story of the Imlie serial, Atharva and Imlie will get stuck in the middle of the jungle due to their car breaking down.

So far in the Imlie serial, Cheeni has been sent to the treatment centre upon Rudra’s insistence while Atharva and Imlie feel guilty.

Now according to the spoilers of the Imlie serial, Cheeni calls Imlie and acts hysterical in front of her saying that the centre is a nightmare.

Imlie and Atharva rush to reach the treatment center and see what the problem is but their car breaks down in the middle.

In the upcoming twists of the serial, Imlie and Atharva will be roaming around in the jungle hoping for a way to reach the treatment center.

Later, Atharva carries Imlie in his arms when a thorn pricks her heels.

Let's see if Atharva and Imlie get closer during their time spent in the jungle in the upcoming episodes of the Imlie serial.

© Copyright tellybest.com, 2022, 2023. All Rights Reserved. Unauthorized use and/or duplication of any material from tellybest.com without written permission is strictly prohibited.
Cached Saved on: Wednesday 25th of January 2023 02:54:30 PMCached Disp on: Wednesday 1st of February 2023 09:30:32 PM